Home
civil engineering
6 Construction Failures, and What We Learned From Them

Scientists sometimes get a little excited when an experiment doesn’t work the way they expect it to. It’s an opportunity to learn something new about the world, and they can always change the expriment a bit to try again next time. Engineering… is a little bit different. Desginers and engineers generally prefer to find out something’s wrong before it’s built instead of after, because engineering failures can be disasterous. But engineering failures have happened and, if nothing else, they’re an opportunity to learn what not to do next time. When it opened in 1878, Scotland’s 3.2 km Tay bridge was the longest bridge in the world. It was so impressive that queen Victoria knighted Thomas Bouch, the Tay bridge designer after she took the train across it. But on December 28, 1879, a train was crossing the Tay bridge during a violent storm, when the middle of the bridge collapsed. The bridge, the train and the 60 or so people on board crashed into the water below— there were no survivors. An official investigation found so many problems with the bridge’s construction and design, that they couldn’t even figure out what failed first.

But according to their report, Bouch did just about everything wrong. They tested a lot of the bridge’s surviving components, for example, and found that they couldn’t stand anywhere near the pressure they were supposed to. So the bridge would have failed eventually, anyway, and the storm just accelerated things. And when investigators looked at the columns that had been holding the bridge up, they saw that they were broken at the bottom, so the columns might have been responsible for the bridge’s collapse. The winds could have made the train rock as it went along, maybe even forcing it against the bridge’s walls. If that had happened, it would have put a lot of extra stress on those columns, breaking them and bringing the bridge down. Whatever the reason the Tay bridge fell, engineers found even more problems when they looked at some of Bouches’ other projects. Some of their components were either just as badly-made as the ones on the Tay bridge or they were arranged in ways that meant they couldn’t hold much weight.

Apparently, he just wasn’t a very good engineer. The Tay bridge disaster made it clear that those projects were also ticking time bombs and that bridge inspections had to be way more thorough to stop these kinds of things from happening. The other bridges were either quickly repaired… or destroyed to prevent another disaster. But The Tay bridge, of course, was not the last bridge to collapse. The Quebec bridge was set to be the longest cantilever bridge in the world when construction began in 1900, but it collapsed TWICE before it eventually claimed the title in 1917. Cantilever bridges are made of big bulky parts that support relatively flat sections between them. And during construction, workers kept noticing that some of the support pieces were bent more than they should have been. They were holding way more weight than they were designed to, partly because the bridge ended up longer than it was originally planned to be. But to save time and money, extra support wasn’t added.

The designers hoped that the problem could be fixed as construction went on, but at the end of the workday on August 29, 1907, parts of the bridge collapsed under their own weight, killing 75 workers. Construction resumed after investigators figured out what happened. Their main conclusion was that the bridge’s components just weren’t strong enough. So the bridge was rebuilt. This time much bigger and stronger. But, all that extra metal made it much heavier, too. was hoisted into place in 1916 the equipment bringing it up broke and they plunged into the river below this time 13 people died the Quebec bridges after was a reminder that it’s important to make sure that the thing you’re building can carry the weight you’re putting on it and it probably would not have happened today over the last century engineers have developed tons of new mathematical techniques and computer programs that probably would have caught the first collapse long before the bridge was built even before it opened in nineteen forty people noticed something strange about Washington State’s tacoma narrows bridge it moved gentle winds could make the long suspension bridge flex up and down by meters at a time making it hard to drive or even walk across the British designers tried to keep it from bouncing so much by installing shock absorbers but they weren’t very effective and then about four months after it opened to the public one of its cables snapped from how high the bridge was bouncing a strong wind and the other cables started to slide around this let the bridge start twisting back and forth instead of bouncing and eventually the middle broke off and fell into the water below unlike the Tay and Quebec Bridge disasters there was only one fatality this time a dog named Tubby Tacoma Narrows failed because of something called aeroelastic flutter when that first cable snapped its side of the bridge fell slightly because it was less supported then other cables on that side pulled up like stretched out rubber bands and the bridge started twisting back and forth then the wind gave each twist a little boost so small boosts built up over the course of the morning and eventually twisted the bridge apart engineers learned their lesson pretty quickly and reinforce the bronx Whitestone bridge in New York which is also known to flex in the wind and that bridge is still standing today but not all failed construction projects has been bridges tho the 40-story hyatt regency hotel opened in Kansas City, Missouri in 1980 and it quickly became known for its innovative atrium which featured three long walkways that seemed to float in the air the hotel called them “skywalks” instead of being supported by pillars each skywalk was suspended from long rods hanging down from the ceiling the second floor skywalk hung below the fourth floor skywalk with the third floor skywalk off to the side on separate supports their unique design made the huge atrium an ideal place to host events and parties like the one that the hotel hosted on july seventeenth 1981 about 1,600 people attended hundreds danced and talked in the atrium while others milled around the hotel and check out the famous skywalks then at 7:05 p.m. 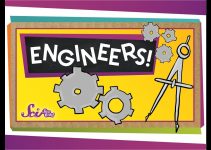 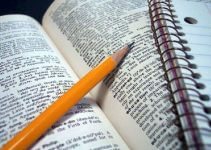