Home
What The
Chuck Norris On Why Bruce Lee Died 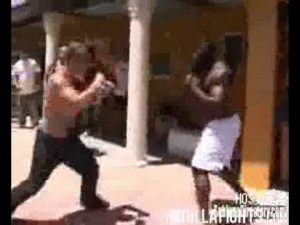 Oh, thank you very much. Thank you. It’S really a pleasure being here at the Comic-Con today and I’m glad you enjoyed the movie but uh Bruce, who have known about ten years. Now I packed the first time I met Bruce was in New York City about nine years ago. I was when I was fighting back house fighting for the world title and Bruce was best when Bruce was doing the Green Hornet series and he came back there as a celebrity as every guest and after I won the title. The promoter introduced me to Bruce, and so we started talking about our philosophies in the martial arts so forth and anyway we both stay at the same hotel, the Americana New York and we started walking over to the hotel as we got going up the elevator. I remember Bruce was staying on the seventh floor and I was on the ninth. As we got to his floor. We were really getting pretty involved in our into our conversation.

So, instead of me going up, I step down the hallway with him and it’s like. 11:00. 11:30 at night and we started working out in the hallway and next thing it next time I looked at my watch. It was seven o’clock the next morning and it was amazing because the guy did he had so much knowledge and, as you know, on the screen ability that it seemed like an hour had gone by as far as working out and exchanging ideas. So he said well when we get back to Los Angeles, why don’t we start working out together, which we did when I got back? We started training together and then the series was canceled and he went to Hong Kong to pursue a movie career when he went to Hong Kong. His first movie, the biggest grossing movie in Asia before Bruce, went over. There was the sound of music. It grows. 2.4 million dollars, which again was the biggest movie ever grossed in the Orient Bruce, did the first movie called the big boss, which over here was the Fist of Fury and that one grows 3.2 million, which is eight hundred thousand more than the sound of music.

Then he did the fists of fury which over here was the call the Chinese connection and that one grows 4.3 million dollars, and then he called me up. He said he’d like to do like a movie with a really good fight scene in the movie. I said well the only way we can have a fight soon as if you know we fight. If I get to hit you once in a while, because – and he said well yeah, naturally, you know we’d make it a back-and-forth type fight. So anyway, that fights energy saw took us five days to do, and in Asia alone, the growth of the movie grossed over eleven million dollars. It’S the biggest grossing moving the history of Asia, and they don’t think anything will surpass it for a long time. Then Bruce Natura did Enter the Dragon, which was his last movie and it’s probably the biggest grossing movie. As far as Marshall. Our movies go, but Bruce is, you know, was 32 years old me explaining some about his death too because there’s, I guess so many you know rumors are going about how he passed away and so forth, of a touch of death and drugs and so forth, And so I’d like to clarify that before we go on with the demonstration his Bruce in 1968. Well, you know he’s pretty heaven in the weightlifting, as you could tell, he was very well built and he was up in weights one night with a Kadeem Jabbar.

Who was a student of his when he was in Los Angeles at UCLA, and he tried to live to me two heavyweights and he ruptured the disc in his back, and he was laid up in the hospital for three weeks? In fact, the doctor said that they didn’t know if you’d be able to walk again or not, but of course, with a person like Bruce who got the drive and determination to achieve anything in life. He was up and about a month and within three months he was as strong as ever was, but he had lots of back pains and that day on, he was having to take medication to keep the muscles in the back loose and relaxed. So what happened is that when he was in Hong Kong preparing for his next movie, he was working with a girl named Betty and who’s going to co-star with him, and he got a severe headache. So Betty gave him some antibiotics for the headache and with the medication had taken for his back and the medication had taken for his headache. They reacted to each other and made his brain swell up and created an aneurysm or erupted with blood cells in his brain and that’s actually what happened. So anyone asked what happened that you can tell him the true story: 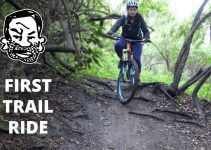