Home
Whats Going On Today
Be the Top Dog

Dogs are happy to be around humans and make excellent companions when puppies and adults. They naturally take to people and families because their instinct for packs makes it easy for them to find a place in a group. Pack animals separate their pack into levels, with the leader of the pack at the top. This leader sets the direction for the pack.

The next level is like the second in command, and each one down has less dominance in the group until you reach the bottom. When in a pack, dogs understand where each animal in the group sits on that pyramid, and they fall into those roles naturally. Because it’s their instinct, dogs will also naturally want to be part of a pack, or group, and that’s what makes them fall so easily in a family group of people.

When you bring a puppy or even an adult dog home, it automatically views everyone in the household as part of a pack. And by instinct it needs to immediately determine where it falls into the family pack; it needs to understand what level it belongs in. Your dog will need to understand who leads and who follows.

Problems arise when no one seems to be the clear leader. If you don’t establish yourself as head of the pack right away, your dog will be uncomfortable that there is no leader. And your dog’s instinct will be to become the leader, to ensure that the pack is strong. Even a puppy will attempt to fill the leader role, because it knows that there must be one.

If you establish yourself as the leader right away, though, your dog will fall into its spot on the pack pyramid and happily view you as the one in charge. There are several important things you can do to make sure your dog knows that you’re the boss.

,Physical contact. It’s important that you pet and groom your dog. Even if your pet doesn’t like being brushed or having his nails clipped, don’t show that you’ll defer to his wishes.

,Be consistent. If you don’t want your dog to something, stop him every time and don’t ever let it go. Be consistent with your praise, and do praise your dog when he does things right. 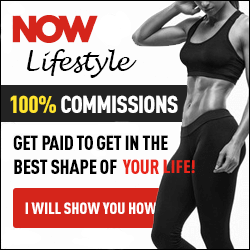