HomeWhats Going On Today What is Social Networking? 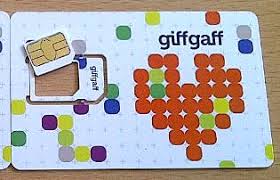 Social networking platforms allow you to build a profile that showcases your interests, goals and personality. Through this profile, you’ll build a sort of online identity that will allow you to find like-minded individuals and allow them to find you. This will allow you to build close relationships with people you wouldn’t normally be able to reach because of time or distance.

Social networking platforms allow you to share data, ideas, files and pretty much any kind of information in a matter of seconds. They allow businesses to build a close relationship with their customer and personalize their marketing approach.

There are all kinds of social networking platforms for all kinds of individuals. While sites like Facebook and Myspace are mainly focused on social interaction, some other networks, such as LinkedIn, aim at helping professionals share ideas and information.

Social networking is being used more and more by big companies as a legitimate advertising tool. Social networking allows you to gather personal information about your prospects almost instantly. It allows companies to target specific groups and increase their return on investment.

Social networking is a brand new way of communicating and building relationships between people. Social networks are becoming more and more popular everyday and it has been estimated that people spend 110 billions of minutes on social networks every month.