Summary:
Soul Asylum is an American alternative rock band that formed in Minneapolis , Minnesota in 1983.

Shortly before the group signed with Twin/Tone Records in 1984, they had changed their name to Soul Asylum. They released their debut album, Say What You Will in 1984 and quickly developed a core following and became known for their powerful, dynamic stage shows. Although the young band’s inexperience was apparent, the album was a hellafied post-punk romp. Unfortunately it was largely overshadowed by releases from fellow Minnesotans Husker Du and the Replacements.

1986 was both a productive and distressing year for the band. Early in the year they released Made To Be Broken, an album that showcased their growth as musicians. After touring for several months and releasing a collection of outtakes and live tracks called Time’s Incinerator, the band recorded and released their third album, While You Were Out before year’s end. A collection of smartly written punk songs, the album received good reviews, but once again failed to break through to a national audience.

The improvements in the band were enough to get them their first major label contract. The band signed to A&M in 1987 and released Hang Time the following year, a stunning, riff-heavy record that finally provided the band the sound it deserved. However, after playing a series of acoustic shows in the early 1990’s Soul Asylum was picked up by Columbia Records.

In 1992 they released Grave Dancers Union, which became their most popular album. The magical third single, “Runaway Train,” propelled by a public service announcement-style video for missing children, helped push the single to number five and the album to number 11, and turned the band into a household name. The next year, Soul Asylum received the Grammy Award for Best Rock Song for “Runaway Train.”

Soul Asylum’s 1995 release, Let Your Dim Light Shine, saw the track “Misery” reach the Top 20, followed in 1998 by Candy from a Stranger which would be their last studio album on Columbia Records.

In May 2004, bassist Karl Mueller was diagnosed with throat cancer and underwent treatment. Karl Mueller’s diagnosis hastened the band’s resolve to commit another album together. His insistence on finishing the record became the driving force behind (and in front of) its completion. Karl Mueller recorded his last Soul Asylum album that year (2006’s The Silver Lining). However, the cancer later returned, and he died at his home on June 17, 2005.

Renewed and revitalized, Soul Asylum founders Dave Pirner and Dan Murphy returned to rock’s front line with the July 2006 release of The Silver Lining, their first studio release of new material in 8 years since Candy from a Stranger. The Silver Lining, Soul Asylum’s ninth full-length album is every bit as quirky and off-centered rock as their fans have come to expect, an indication that the Minneapolis-bred band has lost none of its edge hardcore.

The album was not as commercially successful as some had hoped and the band was dropped from Columbia Records’ roster. Pirner said, “It’s sort of sad to say, but you could see the whole grunge-rock-band thing getting totally over-saturated and people were looking for something new.” The band took a step back.

Soul Asylum completed their American tour in support of The Silver Lining in late 2006. In November and December 2006 they opened for Cheap Trick on their American tour. On March 10th, 2007, Soul Asylum joined Cyndi Lauper, Mint Condition, and Lifehouse to hold a concert to benefit Wain McFarlane, the leader of the legendary reggae band Ipso Facto, to help pay for the expenses of a kidney transplant. 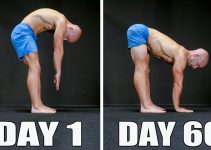